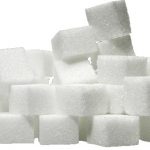 When I look back over 2012 I can’t help but marvel at the number of items I gave up.  Of course for everything I gave up, I either added something new or changed the way I did things. Here’s a list of some of the things I gave up last year: Tossed out the microwave… Read more

Is There a Natural Remedy for Osteoarthritis?

That’s a loaded question and I don’t have the answer.  All I have are theories.  Indulge me for a moment and explore the inner workings of my brain (it ain’t pretty so be prepared). The Problem We have already established in an earlier post that osteoarthritis is the degeneration of cartilage in the joints caused… Read more

No Thanks, I’ll Have Butter

Butter gets a bad rap, but in my book. I’ll pick butter over margarine any day. I used to buy into the ‘margarine is better than butter’ hype, but no more.  Trans fat-free and low in cholesterol spreads such as Promise and I Can’t Believe it’s Not Butter, Country Crock and a host of others… Read more

My daughter decided that she wanted to have a sleepover birthday party.It was a last minute thing so the preparations were done quickly.We decorated downstairs, came up with a theme and invitations went out the week of the party (it really was a last minute thing). I ordered pizza and picked up a cake and… Read more

After reviewing my last entry I realized that my writing style had taken on the same style of the American news media. American news media tends to go for blood and gore. The glass is half empty rather than half full. If it bleeds it leads. My last post on high fructose corn syrup was… Read more