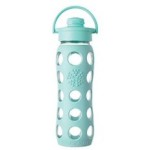 After doing some research into BPA free plastic water bottles, I found that BPA free doesn’t always mean toxin free.  As a matter of fact, many BPA free items contain “regrettable substitutions.” Regrettable substitution is when one chemical is swapped out for another chemical that may be just as bad or worse. Having learned this… Read more 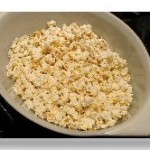 I never knew recycling could be so much fun. Between repurposing my food scraps with bokashi and revamping old furniture, I’ve been truly enjoying my green journey. Filling a Need While my daughter was away at camp, I set out to find the right night stand for her room. Actually I was looking for quite… Read more 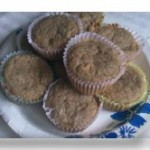 Man oh man, I think I’ve created a whole new monster! The other day my daughter and I went to a moving sale. Let me preface this by saying that in my entire life, I think I’ve gone to 1 garage sale. That occurred many moons ago and I haven’t gone to one since. Anyway… Read more

Several years ago I tried reducing my family’s paper towel usage by switching to cloth towels.  At first, I switched 100%. I just stopped buying paper towels and used the cloth towels instead. My family moaned and groaned. In addition to their moaning and groaning, there were a few occasions where a paper towel was… Read more

It’s been a little over a week since I started fermenting my household food scraps using the bokashi method. Aside from being amazed that my kitchen scraps don’t stink, there are a few other things I’ve noticed. We take the trash out less often. There were so many times we emptied a half-full kitchen container… Read more

After looking around online for a Bokashi compost container, I decided to make my own. As I mentioned in my last post, I bought 2 buckets and lids from Home Depot. The next obstacle was finding the appropriate spigot for the drainage area. On my first bucket, I cut off the top of an old… Read more

The Johnson family’s story has had a long-lasting affect on me. If you haven’t heard about the Johnson family, read this post. If you’re pressed for time and don’t want to read that post, in a nutshell, the Johnson family produces no trash (or almost no trash). You know the old saying that once inflated… Read more

{ 3 comments }
Page 1 of 4
1 2 3 4 Next »
Subscribe to receive email notifications of new posts.
Thank you for subscribing to A Dose of Health. Before we can begin sending notifications, we ask that you click the link in the confirmation email we just sent you. If you don't see it immediately, please check your spam folder.