Another Use for Aluminum Foil 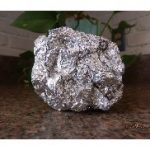 Ever try scrubbing your pots with aluminum foil? The other day I was watching a TV program featuring an extremely frugal guy. Some of his frugal ways were a bit over the top for me, but one thing caught my attention. He reused aluminum foil. Having recently celebrated Thanksgiving, I’m all too aware of the… Read more

Several years ago I tried reducing my family’s paper towel usage by switching to cloth towels.  At first, I switched 100%. I just stopped buying paper towels and used the cloth towels instead. My family moaned and groaned. In addition to their moaning and groaning, there were a few occasions where a paper towel was… Read more

After many years of submerging my hands in water, doing household chores, cleaning, diaper changing, etc., my hands have become extremely rough. They’re so rough that I’m scared to touch myself. Wiping away tears means that I’ve got to pull my long sleeved shirt over my hands to wipe my daughter’s tears or giving a… Read more

I came across an article today on How to Make a Homemade Solar Oven. It got me to thinking.  That would be a nice project to keep the kids busy.  Not only that, it’s a great lesson on how to utilize reusable energy (not to mention that if it works, it’s a great toy)… Read more

On a whim, I decided to mix hydrogen peroxide with my dish washing liquid. Normally after I get through washing the dishes, I clean the sink with a little hydrogen peroxide. It scrubs the stainless steel sink clean, leaves a great shine and it also disinfects the sink, sponge and counter top area. One day… Read more

Some time ago, I tried a kitchen experiment by replacing paper towels with cloth towels. Here’s an update. Not only have I saved money by not having to purchase paper towels, I’ve found that the cloth towels come in handy with things like washing dishes, cleaning windows, polishing furniture and…get this, washing the kitchen floor… Read more

Try this with me. Instead of plowing through roll after roll of paper towels, I bought several kitchen hand towels and a basket. I placed the basket underneath the paper towel dispenser. I’m in the process of retraining my family to use the washable hand towels instead of the disposable paper towels. There are some… Read more

{ 3 comments }
Page 1 of 2
1 2 Next »
Subscribe to receive email notifications of new posts.
Thank you for subscribing to A Dose of Health. Before we can begin sending notifications, we ask that you click the link in the confirmation email we just sent you. If you don't see it immediately, please check your spam folder.