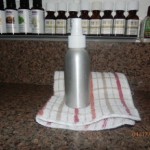 Stocking Up on Cleaning Supplies 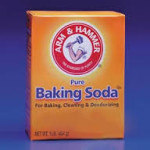 I was running low on cleaning supplies so I made a trip to the local Walmart. While there I bought several bottles of hydrogen peroxide, white vinegar and witch hazel. To that I added several boxes of baking soda. The bottom of my cart was lined with nothing but those items. As I looked at… Read more

I decided to walk the walk, not just talk the talk. One of the characteristics of living green is cutting out redundancy, eliminating waste and finding more efficient ways to do things. To that end, I made a few online changes. After taking stock of my online endeavors, I realized I was adding to Internet… Read more

How To Detox Your Home

(NAPSI)-There are more products available now than ever before that will help erase stain spots, scour tubs and clean the floors of our homes. According to Dr. Alan Greene, a noted pediatrician, author and green-living expert, recent scientific evidence shows increasing links between common household chemicals and children’s health problems. “When you think about the… Read more

If you have not done so already, I strongly suggest that you take a look at the Consumer World website.  In addition to looking through the website, you should sign up for their newsletter. Consumer World has a fountain of information that everyone who buys anything should be aware of.  As a result of a… Read more

After not washing clothes since July 21st , I did 5 loads of laundry yesterday (July 24th). Already I’m up to 9 loads of wash this week (my goodness, will I ever reduce it to 6 loads per week?). I packed the washing machine to the gills to ensure that I wasn’t being wasteful.  I… Read more

How many loads of laundry do you do in a week?

After my last post on one year of using homemade laundry detergent, I was lambasted for the amount of water I use for washing clothes. Mark found my water usage “repulsive,” while Dee Dee couldn’t figure out, ” what are you washing so much of?” As I’ve said over and over again, living green is… Read more

It’s been a little over a year that I’ve been using homemade laundry detergent. I’ve got to say that overall I found it to be a positive experiment. There are a few tweaks here and there and a little bit of intervention required but all in all I will continue to use the homemade laundry… Read more

{ 57 comments }
Page 1 of 4
1 2 3 4 Next »
Subscribe to receive email notifications of new posts.
Thank you for subscribing to A Dose of Health. Before we can begin sending notifications, we ask that you click the link in the confirmation email we just sent you. If you don't see it immediately, please check your spam folder.