Having suffered from sciatica pain for several years, I’m happy to say that it has been five years since my last knock down, drag out flare up and I’m working proactively to keep it that way. Now don’t get me wrong; Ms. Sciatica has tried to clear her painful throat a few times, but when… Read more 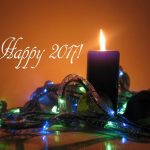 It’s the end of the year and I’ve been looking through this year’s blog posts. That was real easy to do since I only had 2 blog posts in 2016. To extend my stroll down memory lane, I decided to look through 2015’s posts. That was a little more labor intensive since I had a… Read more

Sciatica Update (and Hopefully My Last) 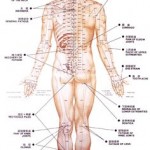 It’s been quite some time since I’ve had to deal with the excruciating pain of sciatica. Whenever I felt that all too familiar twinge, I’d massage the back of opposite hip and it would go away. I learned that trick from my acupuncturist. When I first went to my acupuncturist in obvious pain on my… Read more

The Beauty of the Herb Sage

Sage, as defined by Merrium-Webster.com means “wise through reflection and experience; proceeding from or characterized by wisdom, prudence, and good judgment.” In my opinion drinking sage tea shows good judgment. A little less than a year ago I wrote about how sage tea (salvia officinalis) was successful in getting rid of my hot flashes. When… Read more

How I Resolved My Case of Onycholysis

For those of you unfamiliar with the condition, onycholysis is a separating of the nail from the nail bed. I noticed it first on the pinky nail of my right hand. I then started noticing it on several other fingers on my right hand. Over time it spread to my left hand. It was rather… Read more

Did Detoxing Cause a Bout of Pityriasis Rosea?

The short answer to the question is I don’t know. Apparently, I’m not the only one that doesn’t know, the medical community does not know. Pityriasis rosea is a skin rash. The rash basically affects the back, the torso and may spread to the arms legs and chest. The initial outbreak looks like a circular… Read more

Stay out of the Belly of the Beast

Obamacare, HIPPA, pre-existing conditions, deductibles, co-insurance, covered or not covered. These are all terms we associate with US health care (or should I say sick care). Whether or not you have insurance, you owe it to yourself to spend some time watching the following video. It’s 1 hour and 12 minutes long, so if you’re… Read more 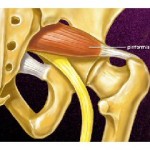 After suffering from a long-lasting sciatica flare-up, I think I finally know what I should do to keep it at bay. Over the past couple of years, I’ve suffered on and off with sciatica. When it first happened, I didn’t know what it was and unfortunately, the chiropractor I regularly visited at the time was… Read more

On this blog, I’ve chronicled my long and painful journey with sciatica. I suffered from sciatic pain for about a year. By finding the right chiropractor that employed deep tissue massage, electronic stimulation, deep heat via ultrasound and prescribed a regimen of exercises, my sciatic problems abated. Along with my chiropractic visits, I made regular… Read more

{ 10 comments }
Page 1 of 3
1 2 3 Next »
Subscribe to receive email notifications of new posts.
Thank you for subscribing to A Dose of Health. Before we can begin sending notifications, we ask that you click the link in the confirmation email we just sent you. If you don't see it immediately, please check your spam folder.