≡ Top Menu ≡Categories Menu
You are here: Home » You searched for spinning

Dubious Side Effect of Spinning Classes

The last few posts on this blog have been about my love affair with spinning. I’ve finally worked up to being able to take a spinning class every other day. My rear end is no longer sore and I can really pour it on in class. Full Throttle It’s my belief that if you do… Read more 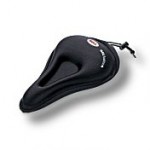 Anyone who has ever taken a spinning class understands the pain of having a sore rump. While you may have the stamina and muscle endurance to take the most advanced spinning class, the rear end always separates the seasoned spinners from the beginners. Even after spending hours on wooden bleachers during basketball, football and cheerleading… Read more

Can You Lose Weight Spinning?

I can only write from personal experience and mathematics.  Personally, I’ve only been spinning for a short period of time so whether or not I’m losing weight it’s too soon to tell.  The scale did go down a pound or two but it could be a combination of spinning and dietary habits. The Mathematics of… Read more

Spinning Classes: Nothing to Fear but a Sore Rear 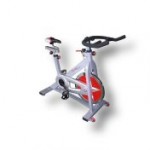 Okay, if you’ve read any of my recent posts, you’ll know that I’m back on the bike.  It’s been about 2 weeks and my rear end is no longer sore.  I can sit through the 45 minute class with no problem. Kicking it Up a Notch Now that I can sit through 45 minutes, I’ve… Read more

The other night I was up late and was flipping through cable channels when I happened upon a Spinning infomercial.  Of course, since I just got back into spinning, I decided to watch the infomercial. The program advertised the virtues of spinning. As part of their sales pitch, they showed several before and after pictures… Read more

Biking: The Old Days vs. Now

It’s been quite some time since I’ve put anything new on this blog. I’m a firm believer in the adage if you have nothing to say…be quiet. Hence, I’ve been quiet. What’s New? Well, I started bike riding again. Biking is less taxing on my mature lower back and hips. Riding a bike at this… Read more

For the Love of Healthy Hair 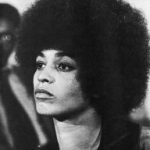 Since this blog is all about health, I felt it necessary to begin with a few posts on hair health. Realize that since I’m a woman of color I’m going to address it from my perspective. Some things may apply to other races/nationalities and some might not. Just wanted to get that out of the… Read more

The more I take control of my health, the further away I walk from conventional wisdom. There are times, however, when embarking on a whole new adventure, it takes time to sort out the wheat from the chaff. Easy to Understand There are some things that are easy to understand, like MSG, trans fats and… Read more

Page 1 of 3
1 2 3 Next »
Subscribe to receive email notifications of new posts.
Thank you for subscribing to A Dose of Health. Before we can begin sending notifications, we ask that you click the link in the confirmation email we just sent you. If you don't see it immediately, please check your spam folder.