The other day I went to donate blood. I realized it had been quite some time since I donated and wanted to correct that. Actually, in the past, I regularly donated platelets, but this time I opted for a whole blood donation. It’s much quicker.

In the time since my last donation, things have changed. No longer is it necessary to fill out that long application with the microscopic words to confirm whether or not I’ve been out of the country, a drug user, or intimately involved with folks in the former categories. It’s now computerized. 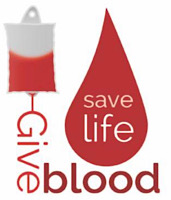 I sat at the laptop, scanned my blood donor card, and completed the application on the device. The fonts were large enough and easy to read. The application process went much faster.

The Prick and the Pump

I left the laptop station and went to the room for the prick (hemoglobin count) and the blood pressure check. Once done, I received my “ID bracelet” and waited for an available station. It wasn’t a long wait.

The technician set me up, asked my name and birth date several times (I guess it’s a QA procedure) and drew the blood. Once the blood donation was finished, I got my pretty purple armband, was given the post-donation instructions, and went to the refreshment section.

In my long and never-ending health journey, I’ve come to realize that sugar is not good for us. I won’t go into an anti-sugar tirade because I’ve done so before, but suffice it to say that I tend to follow a lower carbohydrate way of eating. I don’t count carbs, but if I had to guess, I’d say I usually average around or below 50 grams of carbs a day (that’s including my wine). 😉

Now, at the “Refreshment Station,” I was asked if I would prefer orange juice or cranberry juice. I would have preferred water, but that option was not available so I selected cranberry juice. After all, cranberries are tart so the juice wouldn’t be too sweet. Plus, I know how many grams of sugar one serving of orange juice contains.

Next, they asked if I wanted chips or pretzels. Hmmm, not too crazy about either, but I figured if I were to have something I rarely eat, chips would be my go-to.

They handed me the cranberry juice and a plastic bag with a small bag of chips and two packages of Oreo cookies. Hmmm.

Full disclosure: I ate the bag of chips. It’s been a while and I did enjoy them. Unfortunately, I tossed out the bag and didn’t read the nutrition label. However, on average (according to the Internet) a small bag of chips contains about 15 grams of carbohydrates.

Next, there were the Oreo cookies. I did not eat them. Each pack of four cookies contained 33 grams of carbs. They gave out two packs so that would be a total of 66 grams of carbs.

Finally, there was the cranberry juice. The 8-ounce bottle of juice contained 26 grams of sugar of which 20 grams were ‘added sugar’. So, the natural 6 grams of sugar wasn’t enough, they had to add 20 more.

I took one sip of the juice and almost choked. It was extremely sweet! If that very same 8 ounces of liquid were wine (I’m talking chardonnay), it would only have 5.2 grams of carbs instead of 26 grams. And they wonder why I prefer wine!

In case you weren’t counting, that little bundle of refreshments tipped the scale at 107 grams of carbs. And…get this…there was precious little, if any, nutritional value to the snack.

So Here’s the Scoop

Will I donate blood again? Absolutely! However, this grandma will be packing her own little goodie bag that will contain water and homemade trail mix. Or, if the mood hits, I’ll bring cheese and berries. Either way, I’m leaving the blood donation center’s refreshments alone!

Previous post: Back Pain Caused by the Liver? Who Knew?