I realize that I’m really enjoying food freedom. It took me several years (more like decades) to get here, but it sure feels good being here. I didn’t realize my current state of food freedom until my daughter came back for an extended visit. You see, she’s suffering from a case of bacterial imbalance in her gut. As such, she has to modify her eating in that she has to stay away from processed foods, sugars and most starches. This food modification is darn near unbearable for her. Watching her crave foods that would feed the bad bacteria made me realize just how nutritionally evolved I have become.

The Long Slow Road Down the Wrong Path

Being a woman of mature stature (that’s a nice way of saying middle age or thereabouts), I’ve gone through many dietary behaviors. As a child, my mother prepared healthy meals at home, but we did have “treats” such as White Castle’s burgers (they used to rollerskate to the car to bring the order), Kentucky Fried Chicken on Friday nights and an untold amount of Chinese food dinners.

I also remember some dinners of pork and beans with franks (they were called frankfurters back then, now they’re hot dogs), french fries and franks (one of my favorite meals) and I cannot leave out fish sticks. My mother was a great cook, but sometimes she wanted a cooking break and on those nights we had the aforementioned favorites.

When I grew up and ventured out on my own, I knew how to cook and did so quite often, but the ingredients I used weren’t necessarily grade A. I remember making casseroles with Campbell’s soup. Dinners with pre-made chicken patties and eggplant parmesan with pre-breaded and fried eggplants purchased from the grocery store’s freezer section.

When my sweet tooth acted up, I’d load up on Cracker Jacks, Twinkies, Suzie Q’s, Funny Bones and the like. I’ve even polished off a box of Entenmann’s eclairs (with help of course). Not what you would call a healthy diet. No wonder I had problems like ovarian cysts, acne, headaches, food allergies, hay fever and hypoglycemia. 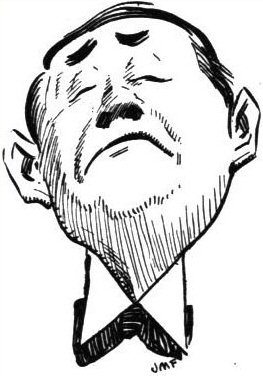 In addition to the highly processed foods I was eating, I also followed the American FDA food recommendations. Their recommendations were bread/carb heavy so I didn’t feel guilty eating the large amounts of rice, pasta and breads that I consumed. I was a quasi-vegetarian for a while. I ate everything in sight except for meat. I snubbed my nose at meat eaters as they were “killing” themselves and “clogging their arteries.” I can’t help but think of the Bible verse to describe myself as Romans 1:22, “Professing to be wise, they became fools.”

Over time, and I can’t say exactly when I started to make changes. Some changes were really insignificant, but I thought they were earth-shattering. For example, I stopped drinking Coke and drank Sprite and fruit juices instead. Somehow in my mind, I thought Sprite and Hawaiian Punch were healthier options. It wasn’t until I gave up all sodas and soft drinks did I realize just how silly my Sprite over Coke snobbery was. Sort of like telling an alcoholic to drink beer and wine instead of hard liquor.

Starting the Long Journey Down the Right Path

Giving up soft drinks caused me to drink more water. Realizing just how bad soft drinks were for my body lead me to understand the dangers of high fructose corn syrup. That discovery was the reason I started eliminating processed foods. High fructose corn syrup was in just about everything. This is right around the time I started learning about the many names for monosodium glutamate and hydrogenated fats and how such items affected the body. This caused me to drop canned soups, commonly used condiments and most pre-packaged foods.

When you start dropping processed foods you’re forced to cook more and change your go-to, time-tested methods of seasoning foods (yes, I had to toss out my favorite Goya seasoning packets). Not wanting to spend all of my time in the kitchen I invested in a few crockpots. This helped me to cook nutritious foods without being in the kitchen all day.

Even with the crockpot, however, I realized that garbage in leads to garbage out. I started looking at not only what I ate, but what I ate, ate. If my beef is being fed GMO food loaded with antibiotics throughout its poor miserable life, guess what I’m eating. Ugh! This then led me to finding meat from farmers who treated their cows ethically and fed them their proper diet (grass). Same happened with chicken and any other meats I decided to eat.

It didn’t stop there. I started looking into organic fruits and vegetables. At first, I only bought certain organic fruits/vegetables. My thought process told me that if I purchased fruit with thick skin like an orange, it’s okay if they’re not organic because the skin protected it from the pesticide. Wrong!

Pesticides are not only sprayed on the fruits themselves, but on the soil around the plants. As the roots drink the water, they’re drinking contaminated water. As I said earlier, garbage in leads to garbage out. Plants that drink pesticide-laden water will produce pesticide-laden plants. As far as I’m concerned, there are no safe fruits/vegetables when it comes to pesticides. The only safe fruit or vegetable is one that is non-GMO and grown organically. I try my best to eat only non-GMO organic produce.

Although it’s easy for me to write this in a page or two, the actual journey took several years/decades (I’m a slow learner). The common argument I hear about organic food is that it’s too expensive. In my opinion, it’s more expensive to eat non-organic foods. Treating the plethora of ailments for which there are a plethora of prescription drugs is costly. It costs time (at the doctor’s office and time away from work, not to mention the time of not feeling well) and money. Some of these drugs are very expensive.

Now let’s look at it from another angle. An undernourished body will constantly crave food to nourish itself. A nutrient devoid fast food meal will fill the belly but not nourish the body. As such, you’ve got to feed the body again in short order. Conversely, a nutrient-rich meal gives the body what it’s looking for. As a result, you can go longer periods of time between meals. Not only that, you need less food per meal when you give the body nutrient-dense foods. It’s all a matter of how you look at things.

The Give and Take of Healthy Eating

Having gone through the extensive journey of trying various ways to feed myself, I’m finally at a point where I feel free. I’m free to choose what I want to eat and because of my many years of experimenting, I naturally gravitate towards healthy foods. When I choose restaurants, I choose only the ones that use locally sourced organic ingredients. Are these restaurants more expensive? You bet they are. That’s why I don’t go out to eat as often as I used to. I’m willing to sacrifice frequency for quality.

My refrigerator and pantry are stocked with produce from my local farm’s CSA share. Purchasing a share early in the season means you’ll have more than enough vegetables to last you not only through the growing season, but by employing ancient preserving, fermenting and canning techniques, food can be preserved for years. I’m still nibbling on fermented pickles from cucumbers grown last season. I won’t mention the items I was fortunate enough to grow in my own fledgling garden.

By making my transition slowly, I was able to substitute something unhealthy for something healthy. I learned to create dishes to satisfy my newly evolving palate. I don’t feel like I’m missing anything. As a matter of fact, by dropping processed foods I’m realizing there’s a whole world of unexplored foods. We tend to eat the same types of food day in and day out. By removing the usual, I’m now eating the unusual and loving it!

Through this journey, I also dropped the snobbery. Organic food from the land is a beautiful thing. I no longer snub my nose at those eating less than nutritious meals. As a matter of fact, I’m saddened by the practice. It’s my goal to plant seeds. If I can plant a seed in a person’s mind that will cause them to do a little research to find out more about where their food comes from and how their food habits create a cause and effect relationship with their health, then I feel my job is done.

Knowing there’s a problem is half the battle. The other half is going on the journey to find a solution to the problem.  As the saying goes, “When the student is ready, the teacher will appear.” My job is to encourage people to become students. I know the teachers will appear when they’re ready for them.

Just a note: If your sitting down to a meal and the entire meal is tan in color, there’s a chance that you’re eating fast food.  Real food is colorful.