This year is a particularly bad year for hay fever sufferers. I’m not sure if the lack of rain has much to do with it, but things are pretty bad up here in the Northeast. The amount of dust and pollen being kicked up by my neighbor cutting his lawn caused me to run inside for cover.

To battle the symptoms I could purchase one of the many of over the counter medicines available that are effective in reducing the itchy eye, runny nose and sneezing symptoms. Some of these pills are long lasting where I’d only have to take one per day. These sound like magic pills, and to allergy sufferers, they are. However, there’s a catch. 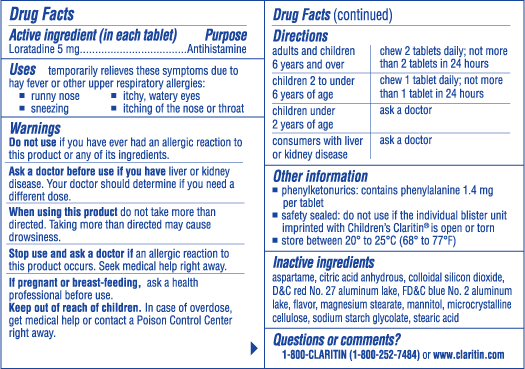 The catch with these magic pills is the ingredient list. Some of the medications contain aspartame, colloidal silicon dioxide, D&C Red No. 27 aluminum lake, FD&C blue No 2 aluminum lake, propylene glycol, pharmaceutical ink and a host of other ingredients. Since I’ve made a conscious effort to reduce the number of toxins I knowingly allow to enter my body, I choose not to take over the counter medications. Instead, I’ve opted for something natural like vitamin C.

How Much Vitamin C Should One Take?

I’ve been taking enough vitamin C to squash the symptoms. At first, I took 2,000 mg every hour. That worked fine, but I found that sometimes I would begin sneezing and itching. When this happened I upped my dose to twice an hour. Depending on the activity, whether planting in the garden or working in an office building, I modify my dose accordingly.

This past week I’ve spent quite a bit of time in the garden. Whenever I start to sneeze or get that uncomfortable itchy feeling, I take 2,000 mg of vitamin C. I’ve taken as many as 8,000 mg in an hour.

When indoors in an office environment my C requirement is reduced to 1 or 2 capsules every few hours. I adjust the dose in response to the environment.

Are Allergies a Vitamin Deficiency?

There’s an interesting article on Doctoryourself.com website. I recommend reading it. However, if you’re too busy to read the entire article, here’s something to think about:

“LAW: The quantity of a nutritional supplement that cures an illness indicates the patient’s degree of deficiency. It is therefore not a megadose of the vitamin, but rather a megadeficiency of the nutrient that we are dealing with.

Allergies evidently constitute one such megadeficiency.”

I’ve suffered from hay fever for several decades. As a child, my parents took me to get tested. The test itself seemed worse than the allergy. I don’t know if they changed the way allergy testing is done now, but back then they pricked the inside of my forearms to place drops of known allergens. When I say pricked, I mean several rows totaling about 80 or so skin pricks.

After the pricked forearms, I was given a smaller row of needles on my upper arm where they inserted allergens just below the skin. The liquid allergen would cause my skin to bubble. It was unsightly and uncomfortable. The final result of this rather barbaric test stated I was allergic to things I never had a reaction to and not allergic to things that caused me to go off the rails. In other words, the test was an epic and painful fail.

Following the results of the test, the doctors came up with a method of treatment to help mitigate the symptoms. I went twice a week to the doctor’s office to receive allergy shots. In addition to the shots, they prescribed pills that served to reduce the reaction I had to the shots. So, I was taking shots for my allergies and pills for the allergy shots. Something was wrong here.

After several months of taking allergy shots, my allergy symptoms did not change (we were told it takes several weeks for my system to build an immunity). I still got weepy eyed during hay fever season and continued to have reactions to the foods the test told me I was not allergic to. Eventually, my parents realized it was a waste of time, effort and money and we discontinued treatment. I was on my own. 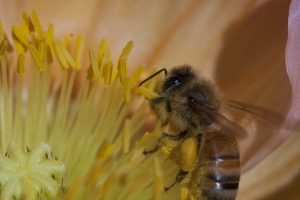 Back in those days, the alternative to allergy shots was Benadryl. Benadryl did stop the allergic reaction, but it also stopped me from doing everything else. Just one dose of Benadryl and I would fall fast asleep. They have since come up with non-drowsy forms of allergy medication, but as I mentioned earlier, I’d rather not take them.

By continually taking vitamin C I’ve noticed other things happening like my skin looks better and feels softer. I’m sure there are other benefits to taking vitamin C, but right now the fact that I can make it through the day without wanting to rub my eyes until they swell up like baseballs is enough for me. Plus, using the mega deficiency theory, I don’t think my allergies are caused by a deficiency in over-the-counter medicine, but rather a deficiency in vitamin C .  You don’t have to rely solely on vitamins in pill or powder form. There are plenty vitamin-C-rich foods you can eat/drink.

2017 Update: Check out what bone broth does for allergies.  Not even a sneeze or sniffle this year!

Previous post: How Far Away Have We Gotten from Our Food?