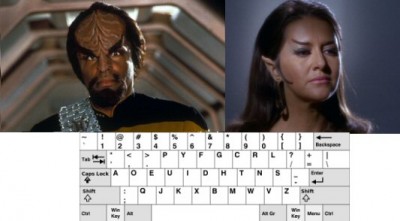 Dvorak is not an alien race from Star Trek such as the Romulans or Klingons, neither is it some type of fad new spoken language. Dvorak is a type of keyboard layout. Yes, there is another keyboard layout other than QWERTY. 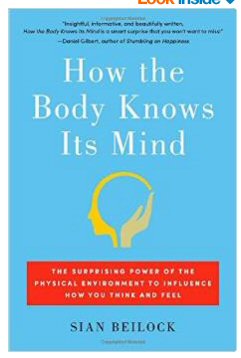 In reading the book, How the Body Knows its Mind, by Sian Beilock, Chapter 5 discusses body language and how our hands help us to think and communicate. In that chapter, the author mentions the Dvorak keyboard. What? There’s a keyboard layout other than QWERTY? Immediately after reading the chapter I went online to do some research. Not only is there the Dvorak keyboard but there’s also the Colemak and the Norman.

I must have been living under a rock. I’ve been using computers for several decades and never heard about the Dvorak keyboard. I’m the Feliciasauraus who learned to type on a manual typewriter. Better yet, I remember when carriage return was more than just a key on the keyboard. It used to be a physical action of taking your hand away from the keyboard touching the arm of the carriage and pushing the arm to return the carriage all the way to the right in preparation for typing the next line. Yes, I am that old. That’s what makes Dvorak so interesting.

As you get older one of the things you do not want to lose is your brain’s plasticity. Plasticity is the ability of your brain to learn and understand new concepts. If the brain loses its plasticity, situations such as dementia and Alzheimer’s arise.  Brain plasticity is important at all stages of life but it’s not until you get older that you realize just how important it is. 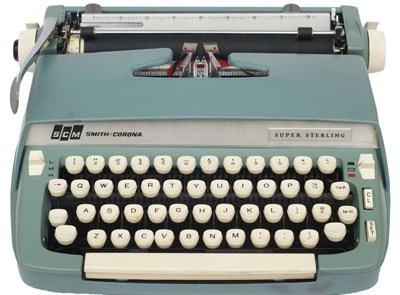 One way to keep your brain lubricated is to learn new things. More than just learning about art, history or a new language, doing something different mechanically also helps to burn new neural pathways into the brain. Things like learning how to write with your left hand if you’ve been a righty, going to a different country where you must drive on the other side of the road or learning a new keyboard layout. These all create new pathways. Enter the Dvorak keyboard.

After decades of using the QWERTY keyboard and becoming proficient at it (approximately 80 words per minute), Dvorak is a whole new world.

Why the Dvorak Keyboard

I chose to learn the Dvorak keyboard because it was the first alternative keyboard I heard about. It didn’t require a financial expenditure and I had everything necessary to learn the new keyboard right at my disposal. It’s amazing what you’ll find out if you just do a little bit of research.

Short History on the Dvorak Keyboard

Before I can tell you about the Dvorak I have to give you some information on the traditional typewriter and the origins of the QWERTY keyboard. When the typewriter was first created the letters were arranged in alphabetical order. This was all well and good but since certain letters are used more frequently than others, it would cause an alphabetic traffic jam.

Anyone old enough to remember using the manual typewriter knows what happens if you type too fast. You end up with several keys fighting for space to be the first one to imprint the letter on the page. This traffic jam would force you to stop typing and manually unclog the keys, encouraging them to go back to their home position. Once cleared you could resume typing with the reminder to slow down.

Understanding this inequity, some time in the 1930’s Mr. Dvorak developed a keyboard that arranged the keys to evenly distribute the most frequently used letters between both hands. The punctuation keys were placed on the outskirts mainly on the left hand. There are a few punctuation keys on the right but the most frequently used are on the left hand.

Purportedly, the arrangement of the letters reduces finger and hand stress. For example, the word “the” on a QWERTY keyboard requires the fingers to leave the home keys and stretch either up or to the left to reach each letter. On the Dvorak keyboard, the word “the” can be typed with the fingers remaining on the home keys. Such minor changes with the Dvorak keyboard improve typing speed.

Switching to the Dvorak Keyboard

If you’re interested in learning this alternative keyboard you don’t have to buy a thing. Whether you’re using Mac or Windows you can configure your system to use the Dvorak keyboard as your preferred layout. Here are links to blogs or pages that provide instruction:

My computer uses Windows 7 and when I switched over to the alternative keyboard I initially changed the option globally. I quickly realized it was too soon for me to do things globally. I was only on my first day of learning the Dvorak keyboard and became extremely frustrated with the perceived inability to do anything. 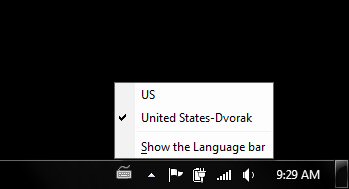 Fortunately, with Windows 7 there is an icon in the systems tray where I can select the keyboard layout per application. I decided to limit Dvorak to word and email programs. Even though I’m writing this post using the Dvorak keyboard, I cheated big time because I dictated it using Dragon NaturallySpeaking. All edits are done with the Dvorak keyboard but the majority of this post was dictated.

There are three sites that I’ve been using to help me in my learning process. They are listed below:

In addition to the above sites, I’ve retyped lengthy articles using the Dvorak keyboard. It’s a very slow process. By my second day of using the Dvorak keyboard, I got my speed up to a whopping 12 words per minute. Don’t laugh, that’s an improvement from my first attempt at taking a typing test where I typed 100 words in 15 minutes. Learning a new keyboard layout is not for the faint of heart.

Over time I expect my typing speed to improve. I’ve read that it takes about a month or so to regain your QWERTY typing speed. I’m not in an extreme rush to improve my typing speed. What I am enjoying, however, is learning something new and burning new neural pathways. Being that I have voice recognition software to use in a pinch, I feel I can struggle through the month or so with the slow incremental improvements in my speed.

Things would probably go faster if I had visually remapped my keyboard. Amazon has little plastic letter stick ons  that you can place over your QWERTY keyboard to make it easier in the event you want to hunt and peck. I chose not to go that route. I printed out an image of the Dvorak layout and use that if I’m stumped. Otherwise, I’d rather use the touch typing method with the Dvorak keyboard. After all, that’s how I learned the QWERTY keyboard. 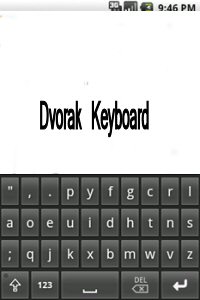 Since I’m immersing myself in this new keyboard layout, I decided to change my smartphone and tablet too. Somewhere in the bowels of the Android operating system, you’re given the choice to change the keyboard layout.  This blog post gives the basics of how to change an Android keyboard. The post is a bit dated but I think there’s enough information there to get you started searching in the right direction.

I’m only on day three and have quite a while to go. If I remember, I’ll try to update this post periodically to share my improving typing speed (hopefully it will improve).

Now that you’ve read this painfully long post, why don’t you give it a try? What do you have to lose? I’m not asking you to be a full-time convert from QWERTY to Dvorak but just think about the new neural pathways your brain will burn. You may be frustrated now but you may thank me later in your golden years.