Vitamin Overdose – Taking Too Many Supplements?

In the spirit of art imitating life, I want you to take a walk down memory lane. Think of the plethora of movies you have watched over the years and stop at those movies where a character attempted to commit suicide. This is not a macabre post, there’s a reason for this exercise.

Now that you’ve got the movie scene and character in mind, think about the method in which the character decides to end it all. Did he or she use a rope? Run off the side of the road? Jump off a bridge? Swallow a bunch of pills?

For those characters that decided to swallow pills, what did they swallow? Some of them grabbed any prescription they found in the house and swallowed as many as they could. Others mixed over the counter medicine with prescription drugs. Some were successful in completing the task while others ended up in the emergency room getting their stomach’s pumped.

What You Didn’t See

I’ve been around the block a time or 20 and I cannot think of a single movie in which the character tried to end it all with vitamins, not unless it was a spoof.

When I get questions about whether or not I’m taking too much vitamin C or the ill effects of vitamin B overdose, I chuckle. The worst that usually happens when you take too much of a vitamin is that you may have to run to the bathroom frequently or, if you take too much niacin you’ll get a niacin flush or a bit of nausea, but death?

If you want more information on death by drugs vs. death by vitamins, visit the American Centers for Poison Control Centers. They offer free annual reports of the various deaths by poison. Their reports go as far back as 1999. For a summary of vitamin deaths going further back to 1983, visit Doctor Yourself.com.

In the 29 years of tracking poison deaths, there were 11 attributed to vitamins. The ACPCC report applied an RCF rating of 4 (Relative Contribution to Fatality)  to some of those deaths.  An RCF of 4 means “probably not responsible.” 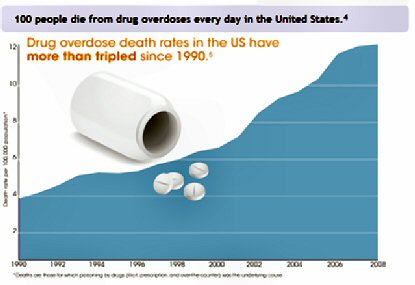 29 years with 11 deaths (maybe), vs. the CDC statistic of “100 people die from drug overdoses every day in the United States,” I’ll stick with taking my vitamins.

Don’t worry about me taking too many vitamins. The real concern is; have you read the side effects of the drugs you are taking?

Tagged as: death by vitamins, possible to take too many vitamins, vitamin overdose, vitamins vs drugs

Next post: Stay out of the Belly of the Beast