The Wonders of Vitamin K 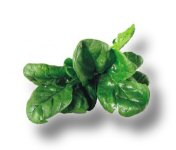 As a result of one of my reader’s comments, I did a little research on Vitamin K. He suggested checking out vitamin K because I had shared my experience about my brain calcification scare. Thanks, Stew for the heads up.

Apparently, vitamin K helps the blood to clot normally and helps to prevent heart disease. It also appears to help prevent calcification of the arteries. Does it help with brain calcification? I don’t know. I would think that since it prevents calcification in the arteries, it would help with the brain also.

According to the NutrIndex (formerly Health Encyclopedia), on the subject of Vitamin K, “it has been hypothesized…it’s possible mechanisms include inhibiting brain calcification…”

Vitamin K also helps to prevent osteoporosis. Apparently, it seems to be a facilitator in keeping the calcium in places where it’s supposed to be (the bones) and not deposited in places where it shouldn’t be (the arteries).

As if that wasn’t enough, Vitamin K also helps fight tooth decay. According to a study performed in the 1940s by Dr. Leonard S. Fosdick, chewing Vitamin K coated gum for 10 minutes after every meal yielded a 60 to 90% decrease in new cavities over a period of 18 months. Vitamin K appeared to be more effective than fluoridated drinking water. Imagine that?

Where to get Vitamin K

Green leafy vegetables have an abundance of Vitamin K. Things like kale, spinach, collard greens, Swiss chard, mustard greens, broccoli and so on and so on. Go into your garden or your neighbor’s garden (with permission, of course) and start chomping away.

From what I’ve read, there are no ill effects of eating too much of the stuff. There might be ill effects if you choose to get your vitamin K through synthetic supplements. So, do yourself a favor and get it naturally.

I’ve read anywhere from 1-10 mg per day. To save yourself the headache of having to calculate how much to eat, just get your daily serving of greens each day. You’ll have your required amount of Vitamin K. According to The World’s Healthiest Foods, 1 cup of boiled kale gives you 1327.6% of the daily value.

I can’t say that it does for sure, but it sure can’t hurt to get your daily required dose of vitamin K.

Next post: A Must Have in the Medicine Cabinet